Amsterdam is one of the most beautiful European cities for us – the canals, the variety of bicycles with which you can explore the city and of course the great restaurants and cafes.

You can explore Amsterdam on foot or by bike. There are also plenty of places to visit, such as Zandvoort by the sea and the beautiful tulip fields near Lille. A trip to Bruges is also definitely worthwhile.

In our Amsterdam travel guide you’ll find out all about the best sights, restaurants to plan your city trip to the Dutch capital. We’ll also show you the most beautiful instagram spots in Amsterdam, most of which are right on the canal belt.

Places of interest in Amsterdam

The Dutch capital offers many sights that you simply must have seen! Here are some of Amsterdam’s highlights.

Amsterdam is world famous for its canals. The city is crossed by its waterways like a network. It even has more canals than Venice! The four main canals Singel, Herengracht, Keizersgracht and Prinsengracht (from the inside to the outside) run semi-circular around the city centre. Therefore, this is also called „grachtengordel“ which means „canal belt“. Of the 165 canals, a total of 80 km are passable.

You can spend many hours strolling through the canals and admiring the old merchants‘ houses leaning in all directions. Also turn off the four main canals into the smaller side canals. Here the atmosphere feels even more idyllic.

The Dam is the central main square where Amsterdam was founded in 1270. Besides street musicians and lots of tourists there are beautiful historical buildings like the Royal Palace, the Nieuwe Kerk and the old town hall. The National Monument, which was erected in memory of the victims of the Second World War, is also on the Dam.

The Royal Palace is still used today for state receptions and is therefore mostly closed to the public.

Since 2007, the city has increasingly restricted the number of red light windows in order to „clean up“ the district. Apparently mainly due to the high crime rate of pimps, dealers and money launderers. Since 2013, red light windows have also had to be closed between 4 am and 9 am. The minimum age of prostitutes has been raised to 23.

You can now find chic bars, restaurants and galleries where some windows used to be.

Here you will also find many restaurants, shops, museums and cafés. The main shopping streets are Haarlemmerstraat and Haarlemmerdijk.

Many of the buildings in Jordaan were built in the 17th century and the district used to be a craftsmen’s and workers‘ quarter. Now, however, it is quite hip to live in this quarter, and rents have risen sharply. In the meantime, mainly young families and wealthy businessmen live here.

In Jordaan you should also take a closer look at the houseboats in the canals, which are considered to be the most beautiful in Amsterdam!

In downtown Amsterdam, 9 streets form a beautiful district. In these alleys you will find small but fine shops, bars and restaurants, design shops, second-hand shops, cheese, art books and even toothbrushes. I can only urge you to come here!

Stroll through the alleys, stop off at Ree 7 (more on this below) or go shopping – the 9 Straatjes are not to be missed on an Amsterdam trip! Many of the shops are open until 5pm, so the best time to get here is in the morning or afternoon. An especially nice shop is Pluk, where you can find all kinds of nice cups, office supplies or decorations as well as a café.

The visit of the Anne Frank House is very moving. You see her bedroom, views of the original diaries, films with comments from her father, former friends and neighbours. In addition, television reports on the political situation at that time. One or two tears flow from visitors. There is a pleasant silence, because everyone is spellbound reading, watching and listening.

Through the movable bookshelf – behind which the staircase to the rear building is located – you get up to the living area, where the Franks were not allowed to make a sound during the day in the stuffy and gloomy rooms. Until they were betrayed.

Amsterdam: The best cafes and restaurants

For delicious coffee & bowls you should definitely pay Pluk a visit. Try the delicious cakes, the Mermaid Bowl and the Matcha Latte – the café is also great for Instagram photos

If you don’t know what you want to eat, you should stop by the food halls. There you’ll find traditional and exceptional food for every taste. Typical Dutch bitter bales (so fine!), sushi, tacos, pizza, mezze, burgers, sweets or a gin bar… Everyone will be happy here for sure!

„De Foodhallen“ is located a few minutes outside the city centre in the west and can be reached by tram no. 17 from the Amsterdam Centraal Station in 15 minutes.

A glance at the Polaberry clearly shows that this must be a really hip „Instagram Place“. Its instagram profile quickly confirms this.

The shop itself offers only a small selection, but the super hip bakery is known for its (kitschy) decorated chocolate strawberries and unicorn cakepops, which look great on photos (provided you like some kitsch 😉).

If you haven’t had enough of taking pictures after your visits to the Canal Belt, the Old Town and the Jordaan Quarter, here are a few more spots where you can take some snapshots.

The flower market is the ideal place to browse for flowers and stroll along the canals.

Certainly no Amsterdam Insider Tip anymore, but if you want to have a particularly nice view of the canal houses or want to photograph them, you will probably find the most beautiful or best known spot at Damrak. Those who have a little more luck can watch the perfect reflection of the canal houses in the water.

The Damrak can be reached by foot from the main station in 5 minutes by walking in the direction of Dam.

The botanical garden is one of the oldest in the world and ideal for an afternoon stroll in bad weather.

Apropos reflection: The view of the Zuiderkerk from the wooden drawbridge Groenburgwal is picturesque, especially at a later hour when the first street lights are already shining and the church is reflected in the water.

By the way, Claude Monet captured exactly this scene on a canvas in 1874, which can be admired in his work: The Zuderkerk, Amsterdam (view of the Groenburgwal)!

Now it’s your turn – What are your insider tips for Amsterdam? Leave them in the comments 🙂 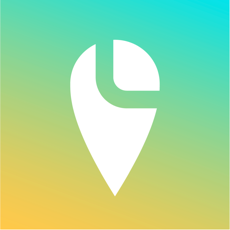