Florence is not only the capital of picturesque Tuscany. The city of the Medici is one of the most important cultural metropolises in Europe and with its numerous sights a paradise for travellers and culture enthusiasts.

The city is especially known for its world famous cathedral and numerous works of art of the Renaissance. Michelangelo, Da Vinci, Botticelli, Dante, Giotto are only some of the names of the numerous important artists who once called the wonderful city of Florence (Italian: Firenze) their home. Their choice of Florence was not accidental. Here they could not only practice their #art or their talent unhindered, but were even encouraged.

Also as a (secret) fan of the historical drama series „Medici – the rulers of Florence“ on Netflix you will get your money’s worth.

In our Florence city guide we have put together the perfect mixture of must-see and insider tips.

Places of interest in Florence

The cathedral is (next to the Ponte Vecchio) the most famous building and the heart of Florence. The richly decorated cathedral with the large dome and the 114.5 meter high bell tower by Giotto are hardly to be overlooked in the middle of the old town of Florence.

Once arrived at the cathedral, one is first struck by its size and the many people around it. Built in the gothic style, it carries the surname Santa Maria del Fiore, to which it is consecrated. The beautifully patterned facade on the Piazza del Duomo makes the building already from the outside an impressive sight of the city.

The entrance to the cathedral is free. During a tour through the nave and the baptistery of the Florence Cathedral you will get a fascinating insight into the history of this ancient building. However, if you wish to climb the dome of the cathedral or go up the Campanile bell tower, there is an entrance fee.

Our tip: Be sure to buy your tickets for the dome and/or the bell tower in time and preferably online, as they are limited and much sought-after.

The Boboli Gardens at Palazzo Pitti at the southern end of the Ponte Vecchio promise a break from the hustle and bustle of the city. The park is so large that many undisturbed oases of peace can be found. The gardens are arranged in form of generous terraces. The higher you get, the more beautiful the view of the city of Florence becomes.

Originally, the construction of the Renaissance palace Palazzo Pitti and the associated parks, the Boboli Gardens, were commissioned by the merchant Luca Pitti in the mid-15th century. However, he died before the building was completed, so that the palace and gardens passed to the most powerful family in Florence – the Medici. Since 1766 the park was opened to visitors.

Inside Palazzo Pitti there is also a museum of silver and porcelain works and other Renaissance exhibitions. So you will certainly not get bored on the grounds!

Our tip: The ticket for the Boboli Gardens also includes a visit to the Gardino Bardini next door. When you stand on the terrace of the Park Café, Florence spreads out before you in all its beauty.

The second most famous and no less impressive landmark of Florence is the Ponte Vecchio, which appropriately means ‚Old Bridge‘. The bridge is actually one of the oldest segmental arch bridges in the world. When it was built, this imposing stone bridge connected the northern and southern parts of Florence across the narrowest section of the Arno River.

Since 1345, small shops have been lined up along the sides of the bridge, all of which have entrances facing the bridge. The rear part of the shops overhangs the bridge and looks like a balcony. On the bridge itself there are now numerous souvenir shops and in the middle you have a great view of the Arno River through the arcade arches.

The Ponte Vecchio has another special feature. Since 1565 there is a passage above the row of shops between the Palazzo Vecchio and the Palazzo Pitti. If you stand under the arcades next to the bridge, this passage is directly above you. The rulers (mostly the Medici family) used the passage to walk unseen between the two palazzi.

Over the centuries, the Ponte Vecchio was unfortunately almost completely destroyed several times, most recently by the German army during the Second World War.

The Palazzo Vecchio, which resembles a fortress, was once the seat of the City Parliament and is now the Florence City Hall. For many years before, the palace served Grand Duke Cosimo I de‘ Medici not only as his residence but also as the inviolable centre of power of the city of Florence.

As massive as the stone building of the Palazzo Vecchio seems to be from the outside, as artistic and pompous is the arrangement of the halls, round archs and stairs in the interior of the palace. If you wish, you can book guided tours to visit the Museo dei Ragazzi and the Hall of the Five Hundred. The hall is the largest room in Florence and is still used for audiences and special events.

If you want to see the city of Florence from above, Palazzo Vecchio, with its 94-metre-high tower – the so-called Arnolfo Tower – is just the place for you. You will have to climb many of these steps yourself, but once you reach the top you will be rewarded with a fantastic panoramic view of Florence.

Our tip: Since the Palazzo Vecchio is one of the most popular sights in Florence, it is worth booking a skip-the-line ticket online in advance!

For art lovers Florence is absolutely perfect. You could spend days here taking a trip back in time to the Renaissance in various museums. The most important museum is certainly the Uffizi. It is considered one of the most famous art museums in the world and is the main attraction of the city. The museum is also the oldest in the city and was originally created as a private collection of the Italian ruling family Medici.

Since 1580 the museum has not only contained various exhibitions of important works of art by Michelangelo, Dante and Da Vinci and many other works of painting and sculpture from Antiquity to the late Baroque period, but also keeps numerous paintings and personal possessions of the Medici from the 15th century. You can recognise the most important paintings by their glass cloak.

But the Uffizi Gallery is not the only museum in Florence. A further jewel is the National Museum Bargello. The museum accommodates, among other things, famous statues such as Michelangelo’s Bacchus, the extensive medal collection of the Medici, as also jewellery from the Renaissance and enamel art from the Middle Ages.

The Galileo Museum houses scientific finds from the 18th, 19th and 20th centuries. It is thus dedicated to an epoch that may seem to us not quite as distant in time as the Roman Age or the Dark Ages.

The Palazzo Pitti, the Galleria dell Accademia, Museo di San Marco or the Leonardo da Vinci Museum are also popular places. There is something for everyone in Florence.

Our tip: If you want to visit one of the museums, you should perhaps find out in advance which one is the right one for you.

Sunsets and Florence at night

In the evening or at night, Florence has a flair of its own and is clearly more empty. With dusk most tourists disappear. Street musicians play songs that make you feel nostalgic and the lights of the city create a romantic atmosphere.

Curious? You can find the full itinernary in the Discover section in the Lambus App! 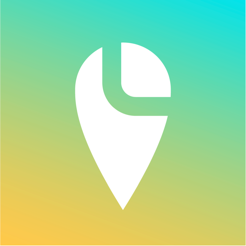 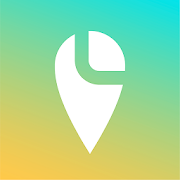